I Can Dye Happy Now

One of the dyes that I frequently refer to on this blog is Procion MX dye. It's an easy and versatile dye that I enjoy using. There's just one problem: I can't find it in Finland. So I've looked at some of the dyes that are more easily available to me, and one that seemed well suited for the techniques that I have explored with Procion MX dye is a cold water reactive dye (based on Remazol) by the Finnish company Emo-tuotanto Oy. I have also mentioned this brand before on this blog.

To be honest, when I first started exploring the Emo dyes, I was rather disappointed. I did exactly what I did with the Procion MX dye, but I didn't get the effect I was looking for. What I got was something like what you see on the right, but what I really wanted is what you see on the left. 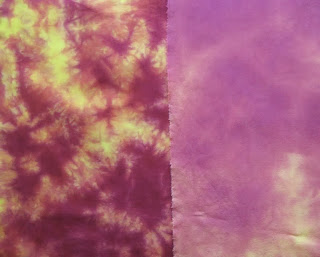 I assumed that the dye was so different from the Procion MX type that it just wouldn't work in the same way. However, after doing a bit of reasearch and making a few changes to the way I work, I have discovered that it is after all possible to achieve similar effects, and now I can dye happy.

First I did a 12-step gradation with the three primaries:

Then I did a 7-step gradation with a split complementary colour scheme:

And then I did a 5-step gradation with tints and shades: 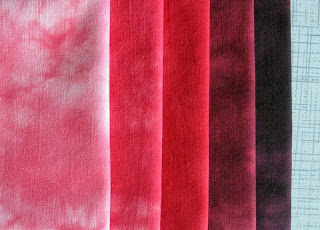 And I love the results and the simplicity of my new method, which I'll get back to later. For now, I'll just let you feast your eyes on the rainbow that I have created. Looking at my stacks of ironed, neatly folded and colour co-ordinated hand dyes fills me with happiness and calm. 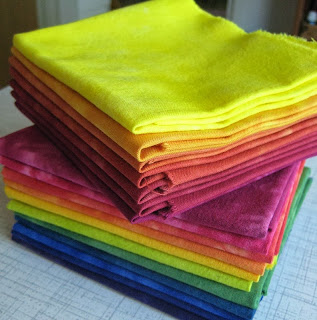 Yes, I was (am) one of those kids who will find great enjoyment and satisfaction in putting all the crayons and coloured pencils in the right order in the box. 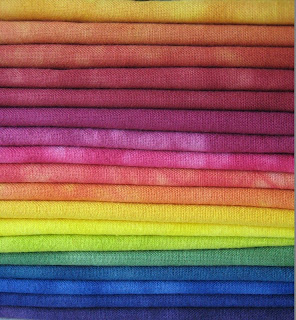 The warm half of the rainbow 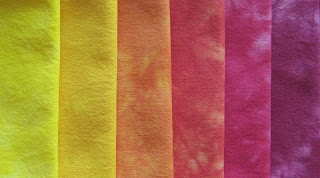 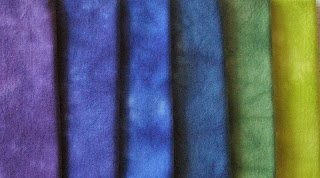 Thanks for visiting!
- Annika

For Some of Us It's Perfectly Normal...

... to look at the baby wipe we just used to clean up our work surface after painting some paper fabric and wonder...


Could I use this for something?

I bet I could. I'll put it aside to dry, and then we'll see. 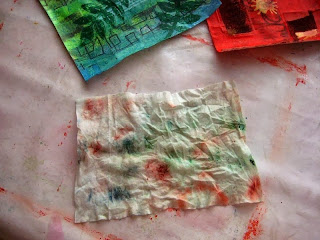 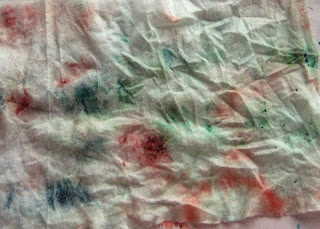