One of the nice things about having a blog is that it makes it possible to go back in time and see what you did years ago, and to see your own progress. Before 2011 I'd never even heard of shibori: tie-dye was what I'd tried a few times and thought was fun. Then - bam! - I discovered stitched-resist shibori through Quilting Arts Magazine and fell in love. My love wasn't immediately answered though, as my first explorations into stitched-resist shibori (the 'Shibori Shrimp' as I called it) was an utter failure. Not because of the stitching, but because of the dye. But that wasn't something I realised until two years later, in 2013, when I had a breakthrough with the Emo Tuotanto dye I'd been trying to use in the same way as Procion MX dye (which isn't available in Finland). All I needed to do was to keep the dye a little warmer, and suddenly everything worked as it should. Last year I made some very successful stitched-resist shibori fabrics, but never got round to showing them here on the blog. During the past few weeks I've explored even more shibori techniques, such as clamping, capping and pole-wrapping, and now I'm ready to show you what I've been up to! Yay!

Let's start with tied resist, ne-maki. I used rubber bands on one piece. 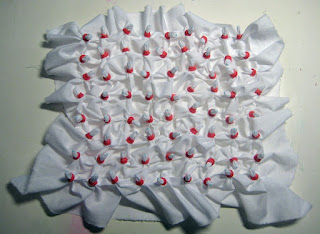 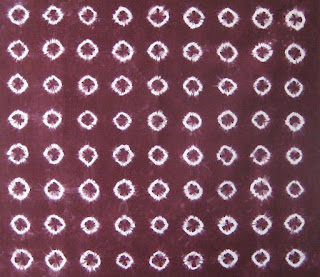 And string on another: 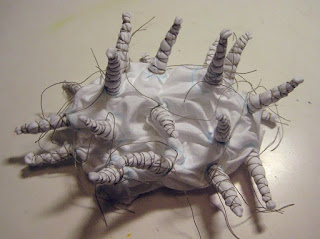 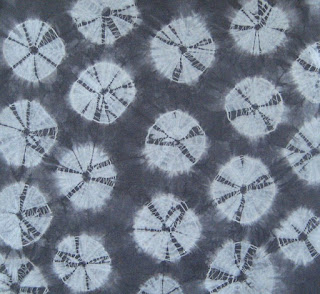 The nice thing about shibori is that the fabric is a piece of art even before it's been dyed.

Stitched-resist shibori is fascinating. Who would think that this scrunched-up piece 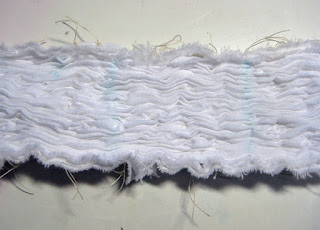 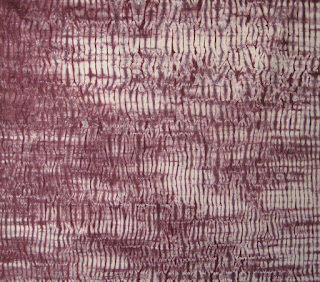 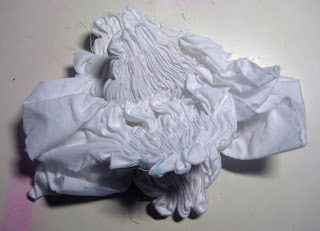 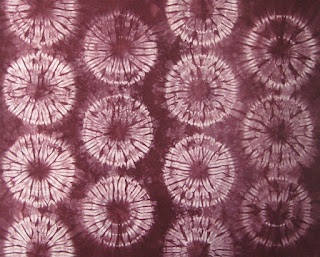 Or this weird hedgehog 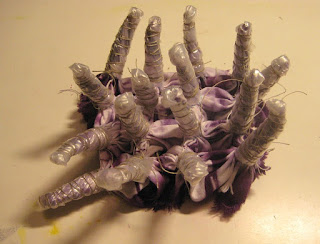 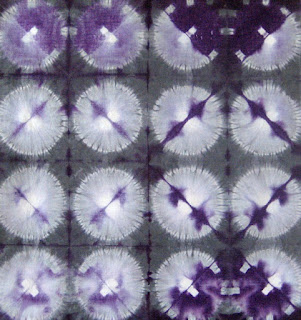 The last technique is an example of capping, where I used both stitching and plastic to create the resist. I overdyed a fabric that I'd previously folded and clamped with clothes pegs: 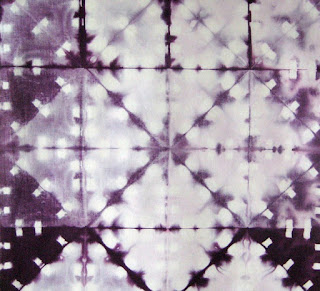 Which brings me to clamping, itajime, which means that you use shapes as resists. Wooden shapes are traditional, but I used acrylic shapes that I cut myself. 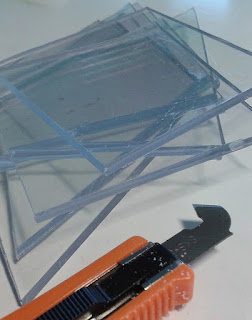 Apart from this circle resist, which Dad made for me with a saw. 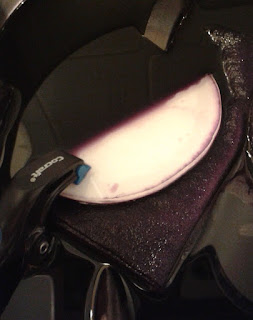 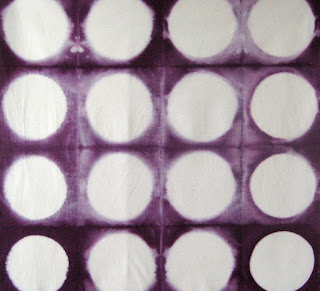 I used a diamond shaped resist for this fabric, which has been dyed twice: 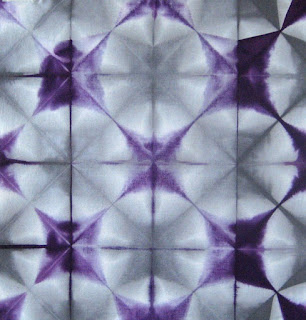 This technique is called tesuji shibori, and the fabric is pleated and bound. I love the simple elegance of the pattern. 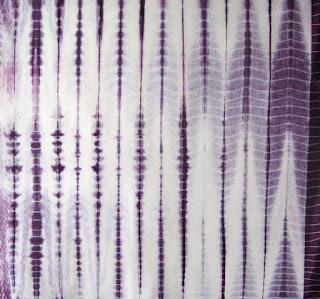 And here's an example of arashi shibori, or pole-wrapping, which has been dyed twice. 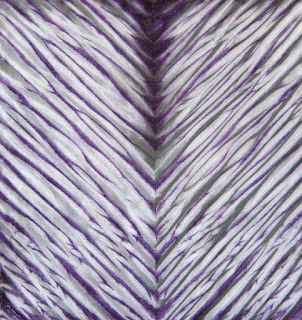 As you can see I've tried a number of different techniques, but still I've only scratched the surface. I have a long list of things I want to try, so I don't think this will be the last time you'll see shibori on this blog!