Ok, I got lost in my tracks and it took me a while to get back to the second part of my blog entry about new patterns. There's been a lot going on chez Lund, and I've felt like I've been running two steps behind myself for the last couple of weeks. But; I only have two more weeks' worth of  office time now, before not only my summer vacation but also my new life begins. I think I'll start by vegetating for a while, which will include tidying up the chaos in my flat and reorganising my cupboads. I need to dig out all those ringbinders with notes and samples from when I was in teacher training. How exciting!

Now, what I originally wanted to blog about was an online course in stencil making that I've taken with Melanie Testa: Stencil Magic (check out her new teaching website The Clever Guild), but I will have to return to that in New Patterns, Part III, as I really haven't got as far with the course work as I had hoped. Instead, and as a warm-up, I will show you some of the cool graffiti stencil work that I came across on my trip to Tallinn, Estonia, last weekend. Thanks to Melly and her stencil magic, my eyes have opened up to a new art form I never took much notice of before. Aren't these graffiti images fun and inspiring? I should take a walk round Helsinki too, and see if I find some at closer quarters than across the Gulf of Finland. Until New Patterns, Part III, enjoy these Estonian stencil samples: 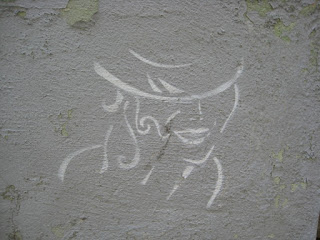 This funny-bunny popped up in several places 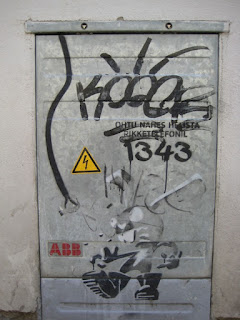 This one's for you Melly! 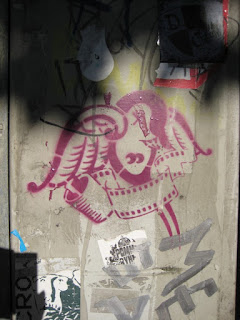 As well as this one 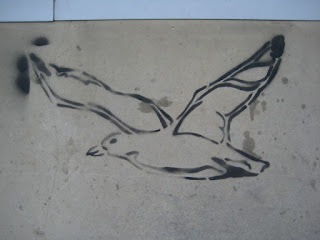 Does anyone remember these anymore? 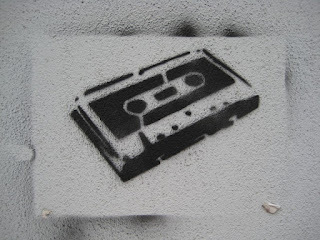 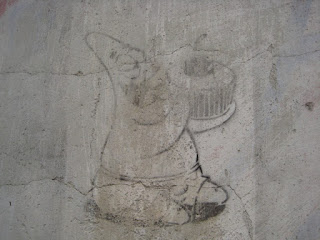 Thanks for visiting! - Annika
Posted by Annika at 21:10