I Found my Marbles

Today I'll show you my recent explorations into fabric marbling, but first let me show you what I did yesterday. It's become a tradition for a friend and me to go to Fiskars Village every summer (yup, that's where the world-famous orange scissors were born) and look at Finnish art and design, and to enjoy the yummy cakes at Petri's Choclate Room. (The cakes are prabably the main reason we go there, to be honest...) 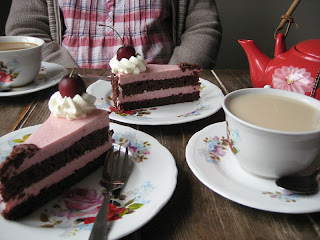 Then let's return to the subject of marbling fabric. I've wanted to try it for some time, but haven't had the right equipment. Then I found some instructions that made the technique sound super easy, and I had a go. The only things you need are fabric, silk paint, wallpaper glue, and a flat-bottomed pan (dedicated to crafts). You mix the glue, pour it into the pan, drip silk paint onto the surface, make swirly-whirly patterns with e.g. a toothpick, lay down the fabric over the paint, lift the fabric immediately, scrape off the excess glue, let it dry, heat fix the paint, and rinse the fabric to get rid of the rest of the glue residue.

However. Things that sound easy-peasy are usually not as straightforward as they seem. It will take a bit of further experimentation before I'm 100 % happy with the results. But having said that, I am pretty pleased.

Below are pictures of the process. What surprised me the most when I started was the way the paints behaved. I had expected them to float out in a wide circle, like I've seen in other people's videos. But not with this technique. The paint drops stayed pretty much were they landed, and spread slowly in a lichen-like fashion (Swe: som lav): 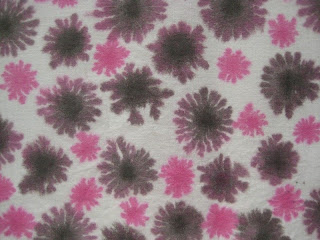 I was pretty taken aback at first, and didn't quite know what to do. So I just aimlessly dragged my toothpick through the paint shapes in the hope of enlightenment. 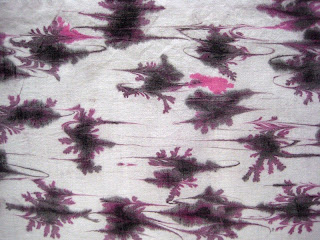 Interesting, but far from what I had expected. So I tried adding a bit more paint, if that would encourage the paint to flow out more. 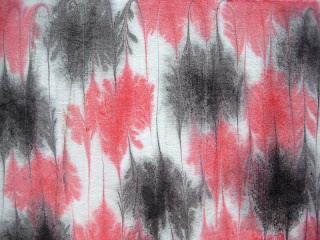 Nah, it didn't behave the way that I wanted it to. I felt pretty disappointed. But as they say, if you can't beat them, join them. The paint had obviously a mind of its own, and I would just have to play according to new rules. So I filled the whole surface with lots of paint drips, and dragged the toothpick through them in a much tighter pattern, and that's when magic happened: 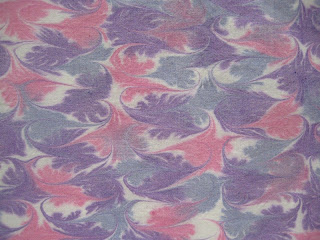 This was a whole new ball game, and I was finally getting excited. Next, I tried to make spirals: 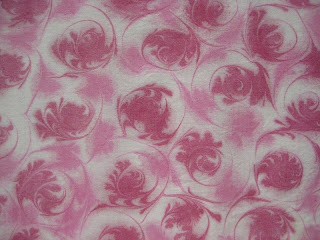 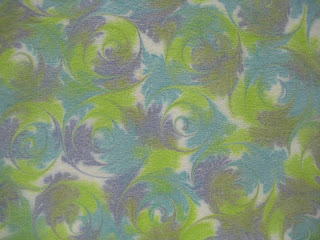 What I now need to figure out is how to get stronger colours. I don't know if it's the scraping away of excess glue that causes it, but the colours on the back of the fabric are much stronger than on the front: 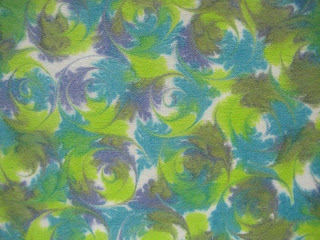 I guess I could use the back as the right side, but the pattern is less well-defined on the back, so I'm hoping to find a way of boosting the colour on the front. There's obviously more experimentation to be done, but I feel I got pretty far already. Something which felt pretty disappointing at the start turned into something really exciting. That's what makes the creative process so rewarding, isn't it? You never know what fabulous discoveries hide behind the next corner.

Thanks for reading this far, and see you again soon! - Annika